HINDUISM - The Oldest Living Belief System in the World.


Ancient Hindus called it the Sanatan Dharma or the Eternal Way of Life, for Hinduism is more a guiding philosophy than a religion in true sense of the word. Millenia after it originated, millions of Hindus all over the world still continue to follow the customs and beliefs practised and prescribed by their ancient Emperors, Sages and Magi.

My fascination with Hinduism began some years ago, with the realization, that of all the ancient religions of our World, Hinduism is the only one that is alive and thriving even today; boldly withstanding the ravages of Time n Tide as well as Travelers n Transgressors.

Over the Eons of its evolution and gradual distillation, Hinduism has developed into a highly personalized religion as each Hindu is allowed and encouraged to discover his own path to reach the Almighty. One has to listen to his own voice of conscience -the God within- to decide the right direction for himself.

The only requirement to be adhered to, is that the person does not leave the path of Dharma, and should strive to attain Moksh or Liberation from the Kalchakra, The cycle of Birth and Death and attain the abode of the Supreme God Himself.

The ancient seers of India scaled the pinnacles of Science and Spirituality to such an extent that it is difficult to differentiate the two in classical Sanskrit texts. I, being a student of science and by the virtue of growing up in a religious household, developed immense interest in finding out the commonality between these two branches of studies.

All Indian religions follow the basic principles of Hindu Philosophy, Cosmogony, Transcendentalism, Astrophysics, Metaphysics, Astronomy, Astrology, Mysticism and Spirituality which combined together, are an extremely rich source of scientific data about the beliefs of the ancients at the beginning of  Human History. 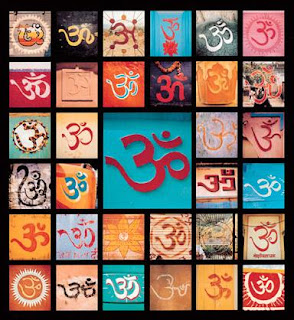 I have been involved, over the past few years, in researching ancient texts from Hindu, Jain, Buddhist, Tibetan, Sikh, Greek, Roman, Egyptian, Zoroastrian, Jewish, Christian, Islamic, Native American and African traditions in an endeavor to arrive at a common end point and I have realized that most so called myths in Indian and indeed the World religions, point towards one common source of all Spiritual and Scientific endeavor.

The collection presented here is an effort on my part to present and share that knowledge with people who may have a similar pursuit in mind.

I have divided the blog into different Pages such as History, Mythology, Sriptures etc. hoping to cover various interesting potentialities based on the research carried out by older as well as recent theologists and my own insignificant efforts to understand my roots in a better way.

The reader can click on any of the pages above and go through the introductory passages about each topic. You can also provide feedback through comments on the posts or share your thoughts by e-mailing me. The purpose here is not to glorify Hinduism above all religions because that is against the very nature of it! A true Hindu will always be open to respecting and learning from other religions and grow self spiritually.

Instead, the objective is to gain better insight into the basic philosophies and intricate mythologies of a religion which has never sought conversions or confabulations to spread its message and has still managed to influence thousands of people in hundreds of countries without resorting to the use of Sword or Evangelism.

I hope the readers who stumble upon this blog find the experience Enriching and Educational and if not either, at least Entertaining enough to germinate a new thought process in their own minds. I start this journey remembering my favorite Ganesha and sharing with you a verse I learnt in school.. Verse I-89-1 of the oldest written sacred text in the world, the Rig Veda.

Aa No Bhadra: Kratvo Yantu Vishvata:
Let Noble Thoughts Come Unto Us From All Directions 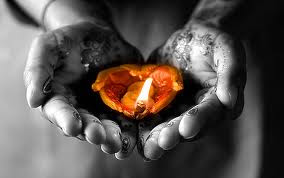